The event at Avant Gardner also marks the launch of elrow's 2019 NYC residency. It follows three sold-out gatherings at New York’s Avant Gardner last year, their previous 10 hour open-air festival at Brooklyn Mirage, their Las Vegas Art of The Wild October weekend takeover at The Wynn and their Art Basel debut in Miami.

Elrow previously announced the theme for its 2019 NYC residency launch as “El Bowsque Encantado”. The organizers describe the gathering as an "otherworldly dimension" where "attendees will interact with magical exotic creatures and mysterious beasts that roam the mystical surroundings".

For more on elrow, watch the takeover of The Lab LDN featuring DJ sets by Eats Everything and residents Toni Varga and De La Swing here. 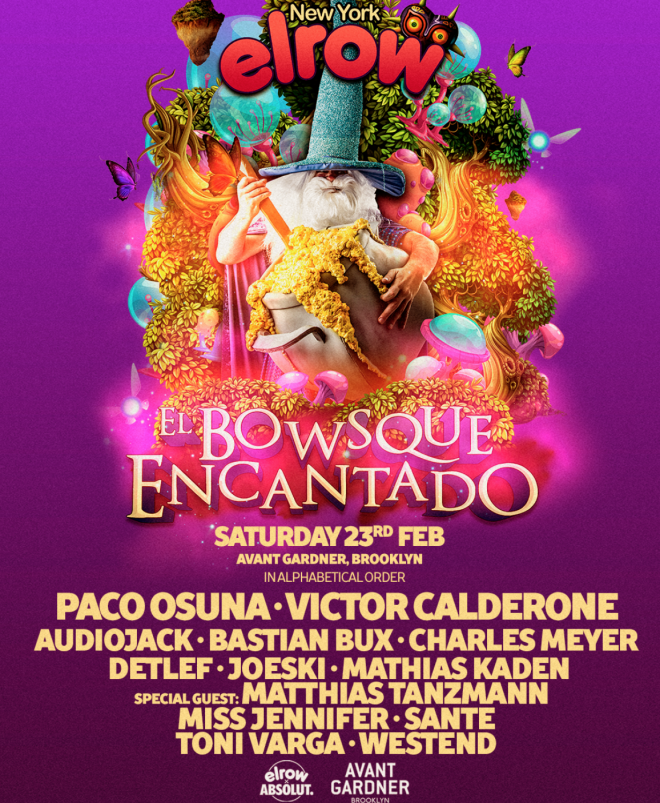